Title IX of the Educational Amendments of 1972 states:

“No person in the United States shall, on the basis of sex, be excluded from participation in, or be denied the benefits of, or be subjected to discrimination under any education program or activity receiving federal financial assistance.”

Vanguard University is committed to ensuring an educational environment in which the dignity of every individual is respected, and to providing an environment for employees, students, and campus visitors that is free from harassment.
You may review our Title IX Policy by clicking here.

Vanguard University is committed to providing an environment that is free from harassment. If you, or someone you know has experienced harassment we encourage you to report it so that we can help maintain a safe environment.

The Vanguard University Title IX Team and Grievance Process Pool consists of faculty and staff. Title IX personnel may serve as Investigators, Hearing Officers, Appeal Officers, and Advisors who may perform any or all of these roles (though not at the same time or with respect to the same case). The University has classified members of the Grievance Process Pool and Title IX Team as mandated reporters of any knowledge they have that a member of the community is experiencing harassment, discrimination, and/or retaliation in regard to sexual misconduct. Such incidents may be reported to any of the Title IX personnel below, or you may submit a report online. 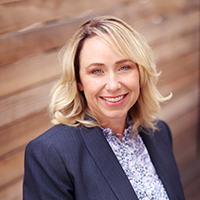 Under Title IX of the Education Amendments of 1972 (20 U.S.C. 1681) and its implementing regulations (34 C.F.R. 106) sexual harassment is a form of prohibited sex discrimination. Title IX provides:

No person in the United States shall, on the basis of sex, be excluded from participation in, be denied the benefits of, or be subjected to discrimination under any educational program or activity receiving Federal financial assistance.

Title IX requires colleges and universities to provide enhanced, improved, sustained and consistent response to sexual violence on campus and if a college or university if found to be out of compliance with federal regulation, each violation can be assessed a fine of up to $35,000 if the Office of Civil Rights (OCR) determine that the institution did not adequately respond to reports of sexual violence.

The Campus Sexual Violence Elimination (SAVE) Act adds to what must be reported annually on the Clery report, expanding the definition of sexual violence to include domestic violence and stalking, mandating that colleges and universities provide prevention, bystander awareness training, clear policies and a clear process for reporting. California standard SB 967 was signed into law on September 28, 2014 changing the “Yes Means Yes” standard from requiring having to say “No” to sexual activity to requiring an affirmative consent and requiring colleges and universities to set this as the standard for conduct.

Vanguard University (throughout this policy, Vanguard University will further be referred to as the “University”) is a Christian university affiliated with the Southern California District Council of the Assemblies of God. The University affirms its commitment to promote the goals of fairness and equity in all aspects of the educational environment. The University’s mission is to pursue knowledge, cultivate character, deepen faith, and equip each student for a Spirit empowered life of Christ-centered leadership and service. In accordance with its mission, the University is committed to provide a learning, living, and working environment that is free of all forms of prohibited discrimination and harassment, including all forms of sexual misconduct, including sexual harassment, sexual assault, dating or domestic violence, stalking, sexual exploitation, or retaliation.

The University does not unlawfully discriminate according to age, race, color, gender, and national and ethnic origin or any other protected class in its employment practices or in administering admissions and educational policies, scholarship and loan programs, and athletic and other school-administered programs, except to the extent that religious freedom exemptions apply, in compliance with this Policy and Title VII of the Civil Rights Act of 1964

Further, the University is committed to providing a learning and living environment that promotes safety, transparency, personal integrity, civility, mutual respect and freedom from discrimination. As a Christian university affiliated with the Southern California District Council of the Assemblies of God, the University is exempted from certain provisions of the California Equity in Higher Education Act that are not consistent with its religious tenets and mission. These exemptions may apply to, but are not limited to, requirements in the university’s community standards, housing policies, admissions processes and employee hiring and general employment practices. The University retains all rights afforded under federal law and the laws of the State of California.

Through this policy, and its appendices, the Title IX Office will equitably address any concerns or complaints within its jurisdiction related to unlawful discrimination and sexual harassment to include retaliation. The University will also strive to support any person who has been impacted by discrimination, sexual harassment, or other sexual misconduct, whether or not the complainant elects to report to law enforcement and whether or not the alleged offense occurred within the jurisdiction of the University.

The Title IX Office provides training for faculty, staff, and students to help support and foster an environment free from all forms of prohibited discrimination. Through our training, policy, and procedures, the University will strive to deter discrimination and retaliation and ensure just outcomes when a complaint of sex discrimination is reported.

Advisor means a person chosen by a party or appointed by the University to accompany the party to meetings related to the resolution process, to advise the party on that process, and to conduct cross-examination for the party at the hearing, if any.

Complainant means an individual who is alleged to be the victim of conduct that could constitute harassment or discrimination based on a protected class; or retaliation for engaging in a protected activity.

Complaint (formal) means a document submitted or signed by a Complainant or signed by the Title IX Coordinator(s) alleging harassment or unlawful discrimination based upon an allegation of sexual misconduct in relation to a protected class or retaliation for engaging in a protected activity against a Respondent and requesting that the University investigate the allegation.

Confidential Resource means an employee who is not a Responsible Employee or Official With Authority for Title IX purposes of notice of harassment, discrimination, and/or retaliation. These same resources, however, may have obligations under either federal or state law to report certain information outside of Title IX.

Day means a business day when the University is in normal operation.

Education program or activity means locations, events, or circumstances where the University exercises substantial control over both the Respondent and the context in which the sexual harassment or discrimination occurs and also includes any building owned or controlled by a student organization that is officially recognized by the University.

Final Determination: A conclusion by the preponderance of the evidence that the alleged conduct did or did not violate policy.

Finding: A conclusion by the preponderance of the evidence that the conduct did or did not occur as alleged (as in a “finding of fact”).

Grievance Process Pool includes any Investigators, Hearing Officers, Appeal Officers, and Advisors who may perform any or all of these roles (though not at the same time or with respect to the same case).

Hearing Panel refers to those who have decision-making and sanctioning authority within the University’s Formal Grievance process.

Investigator means the person or persons charged by the University with gathering facts about an alleged violation of this Policy, assessing relevance and credibility, synthesizing the evidence, and compiling this information into an investigation report and file of directly related evidence.

Responsible Employee means an employee formally attached to the Title IX office, i.e. the Title IX Team, excluding student workers, who is obligated by policy to share knowledge, notice, and/or reports of harassment, discrimination, and/or retaliation with the Title IX Coordinator(s). Responsible Employee further means an employee who has the authority to take action to redress sexual harassment or provide supportive measures to students, or who has the duty to report sexual harassment to an appropriate school official who has that authority. All Vanguard University employees are considered responsible employees.

Notice means that an employee, student, or third-party informs the Title IX Coordinator(s)or other Official with Authority of the alleged occurrence of sexual misconduct to include harassing, discriminatory, and/or retaliatory conduct.

Parties include the Complainant(s) and Respondent(s), collectively.

Relevant Evidence is evidence that tends to prove or disprove an issue in the complaint.

Remedies are post-finding actions directed to the Complainant and/or the community as mechanisms to address safety, prevent recurrence, and restore access to the University’s educational program.

Respondent means an individual who has been reported to be the perpetrator of conduct that could constitute harassment or discrimination based on a protected class; or retaliation for engaging in a protected activity.

Resolution means the result of an informal or Formal Grievance Process.

Sanction means a consequence imposed by the University on a Respondent who is found to have violated this policy.

Title IX Team refers to the Title IX Coordinator(s), any deputy coordinators, and any member of the Grievance Process Pool.

All students, faculty, staff, affiliates and others participating in University programs and activities in the United States are subject to this Process A. The Title IX regulations define “sexual harassment” to include three types of misconduct on the basis of sex which jeopardize the equal access to education that Title IX is designed to protect. These types of misconduct include: any instance of quid pro quo harassment by a University employee; any conduct on the basis of sex that in the view of a reasonable person is so severe and pervasive and objectively offensive that it effectively denies a person equal access to a University education program or activity; and any instance of sexual assault, dating violence, domestic violence, or stalking

Complaints of other Sexual Misconduct not falling under the narrowed definition of Sexual Harassment under Title IX, shall be addressed by the Title IX Office through Process B, Sexual Misconduct and/or Civil Rights violations.

When a complaint of discrimination on the basis of sex is received by the Title IX Co-Coordinator or OWA, the Title IX Co-Coordinator shall make the determination as to whether the incident shall be resolved under 1) Process A, Title IX Sexual Harassment, or 2) dismissed from Process A and referred to Process B, Sexual Misconduct and/or a civil rights violation or 3) dismissed from Process A and forwarded to another office for other conduct violations.

When the Respondent is a member of the University community, a grievance process may be available regardless of the status of the Complainant, who may or may not be a member of the University community. This community includes, but is not limited to, students,[1] student organizations, faculty, administrators, staff, and third parties such as guests, visitors, volunteers, invitees, and campers. The procedures below may be applied to incidents, to patterns, and/or to the campus climate, all of which may be addressed and investigated in accordance with this policy.

[1] For the purpose of this policy, the University defines “student” as any individual who has accepted an offer of admission, or who is registered or enrolled for credit or non-credit bearing coursework, and who maintains an ongoing relationship with the University.