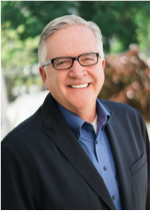 As President of the Foursquare Church, Glenn Burris serves nearly 2,000 congregations and 7,000 licensed ministers in the United States as well as partnering with national leaders in 147 countries who minister in more than 65,000 local Foursquare churches worldwide. Though his office is based in Los Angeles, Glenn travels frequently, keeping in close contact with those he serves. In addition to his role as President, Glenn also serves as the Vice-Chair of the Foursquare Global Council, comprised of the Regional Chairs from each of the 15 Foursquare Regions. Glenn has been married since 1975, and he and his wife are the parents of two adult children and are the proud grandparents of four grandchildren.

Dr. Israel has been teaching Old Testament, biblical languages and hermeneutic courses at Vanguard for the last ten years. He also served as Chair of the Religion Department and Director of Graduate Programs in Religion from 2009 – 2014. Prior to that he was Professor of Old Testament and Biblical Languages at Bethany University from 1987 – 2008. He also served as Provost and Vice President of Academic Affairs from 1998 – 2006. He received a B.A. in Biblical Literature from Northwest University, an M.Div. from Fuller Theological Seminary and holds the M.A. and Ph.D. in Religion (Old Testament) from Claremont Graduate University 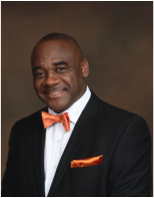 “Pentecostalism and the Dilemma of Race in America”

Associate Dean for the William E. Pannell Center for African American Church Studies and Associate Professor of Black Church Studies and World Christianity, Fuller Theological Seminary, Pasadena, CA Dr. Clifton Clarke joined the faculty at Fuller Theological Seminary in April 2017. Prior to his position at Fuller, Dr. Clarke taught at Regent University serving as associate professor of intercultural studies and world Christianity and as the director of the Regent Center for Global Missions. An ordained Bishop in the Church of God (Cleveland, TN), Dr. Clarke has served as a pastor in England, Ghana and the U.S. He is also CEO of the Global Empowerment Network, where he has trained Christian leaders internationally to effectively