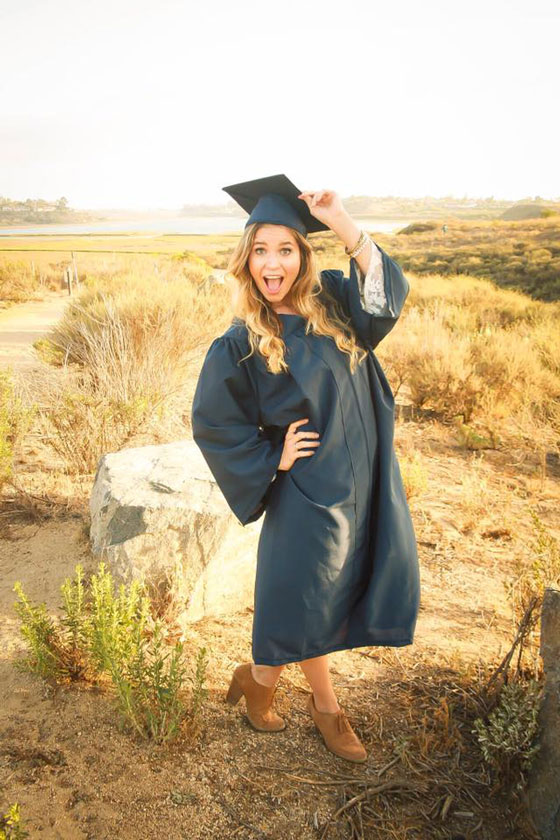 Cared For, Nourished, and Transformed
Vanguard University
May 5 2017 11:35 PM

The help Brittany received has caused a ripple effect that has begun to positively affect others around her. Brittany’s life is a testimony of miracles that were made possible through the precious love of the Father and the generosity of many Vanguard donors.

Stories of transformation and success are usually stories meant for Hollywood, but these two words perfectly describe the journey of a new college graduate named Brittany Acker. In four years, she has become unrecognizable in the very best of ways. Her life went from despair to beautiful, vibrant, and full of joy. Brittany is nothing less than a miracle.

Brittany’s story of success begins with a financial miracle. Before coming to Vanguard University, Brittany struggled with who she was. Brittany’s sense of hopelessness hindered her from thinking into the future because of how disappointing it seemed. Much of this was attributed to the brokenness of the home she grew up in. Because of the 2008 U.S. market crash, Brittany’s family experienced a serious loss of income, which forced her parents to work longer hours at jobs far away from home. This resulted in Brittany’s parents never being home, and the relationships in her family suffered for it. Brittany’s life was full of pain, but she never made a big deal out of it because she thought it was normal. Going to a private university was not a realistic option for her family. However, thanks to the generous donations made by the Vanguard community, Brittany was able to experience a miracle unfold before her very eyes.

“The thought of me going to a private university seemed impossible to my family. We were in a season of major financial need. My mom was riding her bike from Lake Forest to Tustin (which is multiple cities away) for work and leaving work at midnight. My dad was riding his bike to Irvine for work. My sister and I did not get to see them much. Even food was difficult to come by as I remember looking at an empty pantry and fridge, my mom apologizing. When we did have food, our meals were provided through local food shelters, dumpster dives, and of course family and friends. Going to a university did indeed seem impossible. But when I got the call and my advisor congratulated me and told me of the amount of financial aid I would receive, everything changed.”

At Vanguard, Brittany began to discover her brokenness. The hurt that she never dealt with at home began to be exposed as she stepped into a healthy environment. “My life felt like a bunch of volcanoes about to explode. Coming to VU was like having a spiritual detox.” The first few semesters of college were extremely hard for her, as there was a death in the family and she began to question if God was real. Brittany also had to deal with unhealthy relationships at home, and this began to affect the other relationships she had made. Brittany also developed an eating disorder, and later found herself in extreme physical pain when her body became severely intolerant to some foods. She was in desperate need of help.

Thankfully, because she was able to attend VU, Brittany found the help and the answers she desired in many forms. As she was struggling with her questions about God, the Lord met her right where she was and helped her in her time of need.

“I was questioning God’s existence and whether or not Jesus was just a prophet or a good teacher. After that, I went to a Foundations of Christianity class with professor Dr. Gary Tyra who shared that today’s topic would be: ‘Was Jesus just a prophet or a moral teacher?’ I sat back and chuckled at God’s immediate help.”

While she was seeking help, Brittany found affirmation through Vanguard’s Story Shapers mentorship program. “People like President Mike Beals offered support and believed in me when I was a complete mess. My Religion professors provided so many ‘Jesus in the flesh’ hugs during the many hard times when I was dealing with the mess too.” Another big help that she received was when she was able to confide with the counselors at the Counseling Center, a service offered to VU students free of charge. Through the help of financial provisions, Brittany was able to utilize the special tools at Vanguard to make a life-changing transformation. 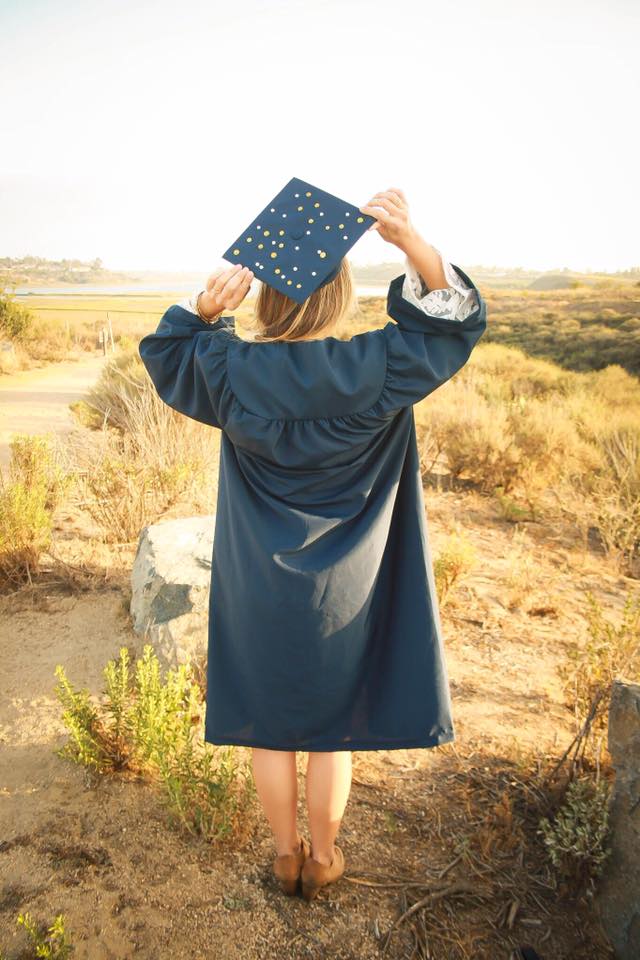 Brittany has been extremely blessed with the help she has received and is now using the skills she developed while at VU to transform herself and the world around her. To use a Business term, Brittany’s ROI has been astronomical. Through a miracle, Brittany has been transformed, and through the power of the Holy Spirit, she is helping to work miracles in other people.

“Because of the support I received at Vanguard University, I can honestly say I am a different person. Now, my depression is a distant memory, and I am living a healthy lifestyle. I am full of joy, life, and hope! I long to share that joy and hope with everyone around me. I plan to go start my career with personal health as my goal. I believe that everyone has a unique unspoken brilliance, and when we receive the help that we need to get to achieve our own personal health, we are able to articulate that.  From there, we go on to help people in whatever capacity we were distinctly designed to help people in.”

The help Brittany received has caused a ripple effect that has begun to positively affect others around her. Brittany’s life is a testimony of miracles that were made possible through the precious love of the Father and the generosity of many Vanguard donors.

“I am honestly a different person because of my experience at Vanguard University.  My relationships with family can especially attest to this, and I could not be more grateful. Who I am today is a result of individuals who helped me in big and even small ways. I was cared for, nourished, and transformed through the support of the people that make up Vanguard community. I hope to lead a life of generosity because I have experienced first-hand that even the smallest notions of profound effects. Thank you!”