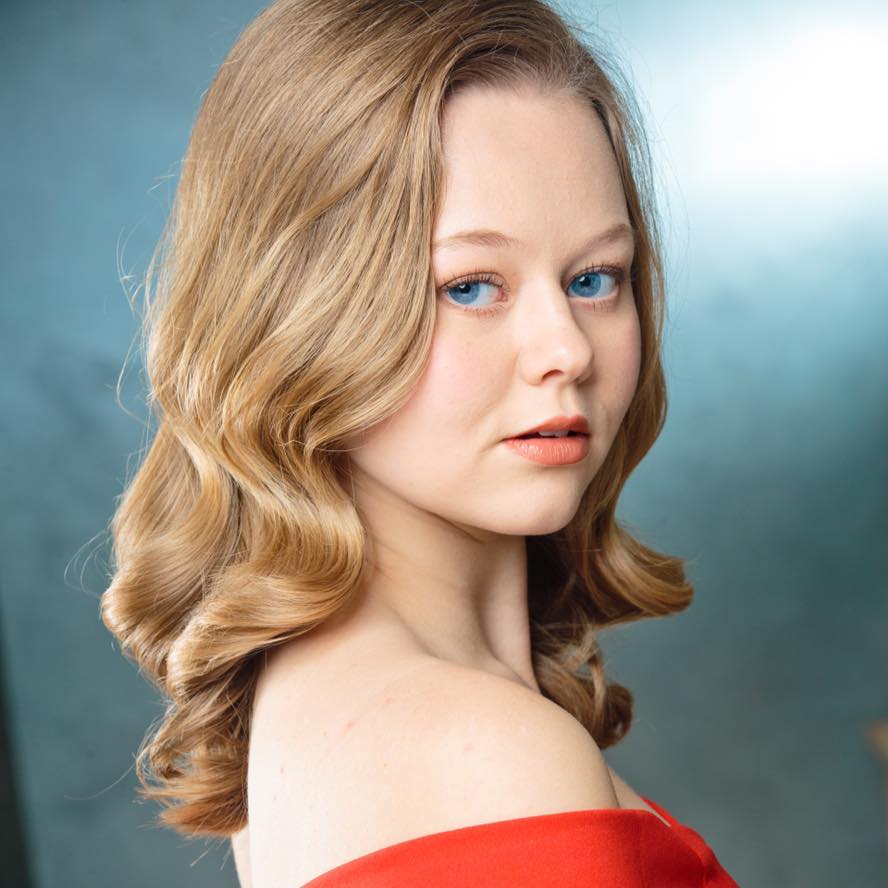 Noelle was born and raised in Orange, California and is a recent graduate of Vanguard University, earning her bachelor’s degree in Theatre Arts. Some of her most notable roles have been Alice in Seven Brides for Seven Brothers, Ophelia in Shaking Up Shakespeare, and ensemble roles in All Shook Up and Pirates of Penzance. Noelle also worked closely with Broadway star Nikki Snelson to create and perform in the original musicals A Not So Silent Night and Ready…Set…Go! Noelle has been studying dance since the age of 2 1/2 and is proficient in many styles including ballet, pointe, jazz, lyrical, contemporary and tap.  She has performed leading roles in many ballets such as the role of Annie in the Little Orphan Annie ballet and the Wicked Witch in The Wizard of Oz.  She also performed with Festival Ballet Theater in The Nutcracker at the Irvine Barclay Theater and was a dancer on Flex and Shanice for the Oprah Winfrey Network.  Noelle has sung with several bands at many jazz festivals and jazz clubs throughout California and in 2016, recorded her first album called "Ain't We Got Fun". Most recently, Noelle won Broadwayworld’s Next On Stage: Dance Edition competition, and she is currently working as an adjunct for Vanguard University’s Theatre Arts Department.  See Noelle's 2021 Dance and Choreography reel here: https://youtu.be/7XbQdxxSIvI 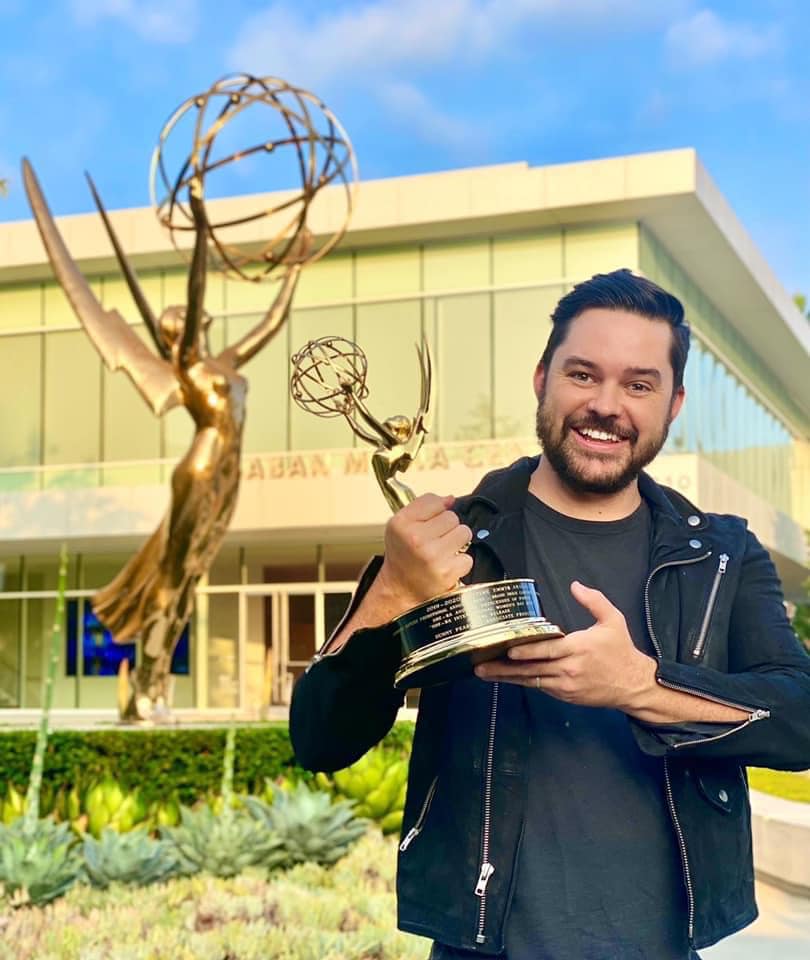 Sunny Peabody is an Emmy and Clio award winning producer who has built his career in digital media and creative marketing.  He has been blessed to use his talents creating content for the likes of Dreamworks, Game Show Network, and Smosh. 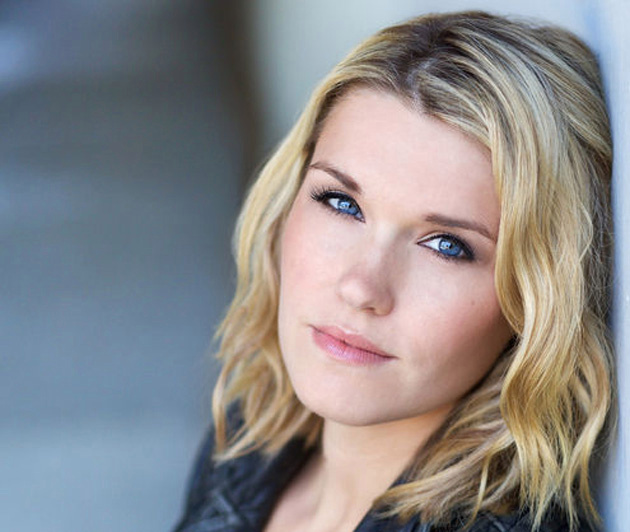 Emily is an American actress best known for her role in the critically acclaimed Uncharted video game series as Elena Fisher, for which she received multiple Video Game Award nominations for best performance, and for her lead role as Audrey Parker in the Syfy TV channel series Haven, where she was nominated for a Canadian Screen Award for Best Dramatic Female Lead. Currently, she teaches at UCLA in their professional program, Acting for Film & Television. Rose holds a M.F.A. in Acting from the University of California, Los Angeles and went on to study Shakespeare in Oxford, England at the British American Drama Academy. She graduated from Vanguard University of Southern California with a degree in Theater Arts. 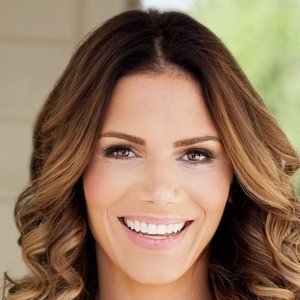 Kristina Kuzmic is a world-renowned speaker and cheerleader for her fellow humans. In 2011, Oprah crowned Kristina the winner of Mark Burnett’s reality TV competition “Oprah’s Search for the Next TV Star.” Since working with Oprah, Kristina has branched out on her own, creating parent-centric videos about juggling all of life’s challenges. She has quickly become a viral sensation with well over 2.8 million Facebook followers. Kristina has a voice and personality that has proven to be a hit with a massive audience (from young millennials through Gen-Xers and even Baby Boomers). 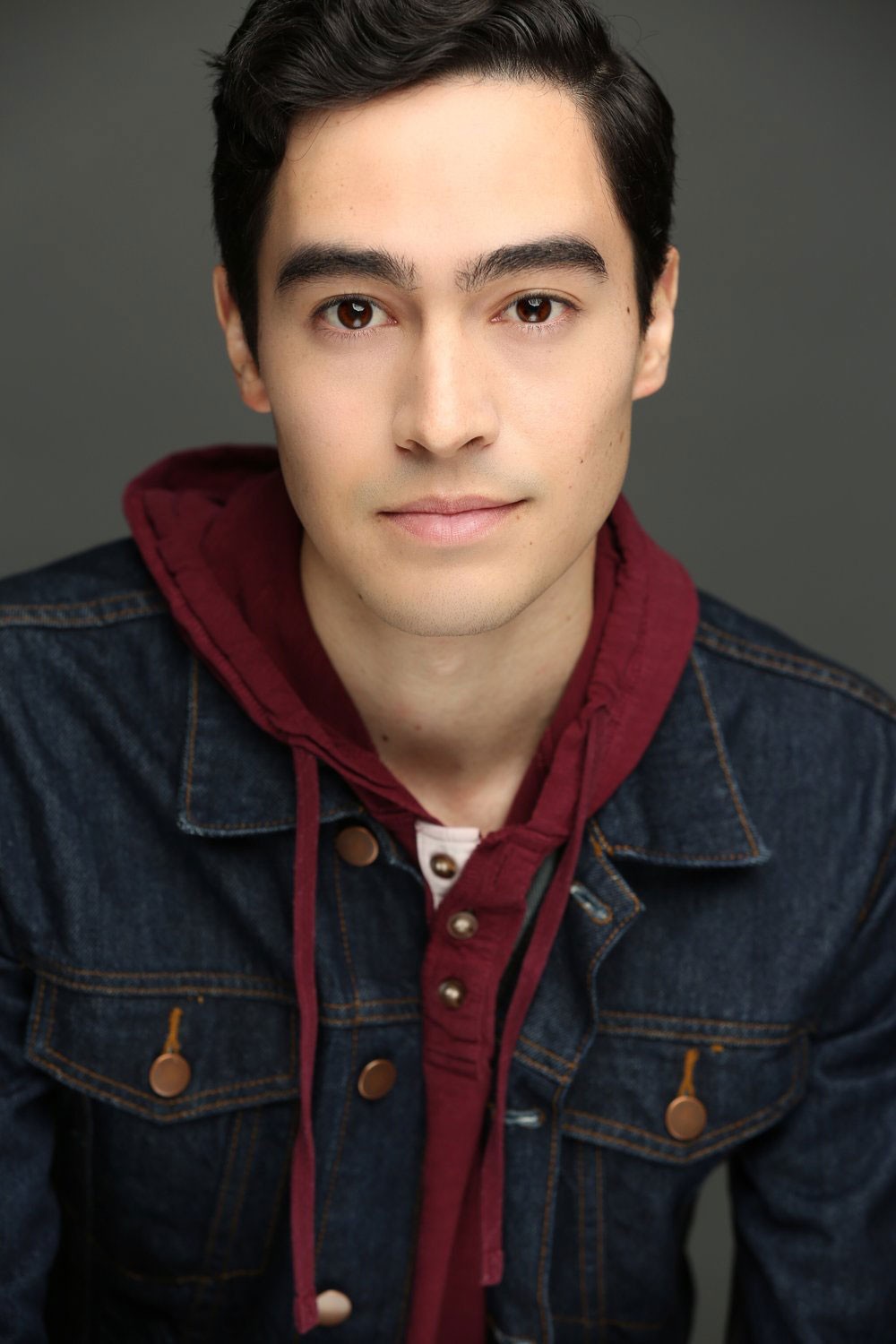 Troy is an NYC/LA based actor of the stage and screen. He is currently playing Langston in the new Netflix series DASH & LILY. He had his Broadway debut in BE MORE CHILL (Jeremy/Michael/Rich us) in 2019. TV credits include costarring roles on NEW AMSTERDAM (NBC), KATY KEENE (The CW), RAY DONOVAN (Showtime), TELL ME A STORY (CBS), QUANTICO (ABC), & TIME AFTER TIME (ABC). Troy has advertised both nationally and locally for commercials and print shoots for Apple, Snapchat, Buzzfeed, International Delight, Citibank, Ameritrade, Comcast, Cosmopolitan Magazine, Babies R Us, Toys R Us & Gap. 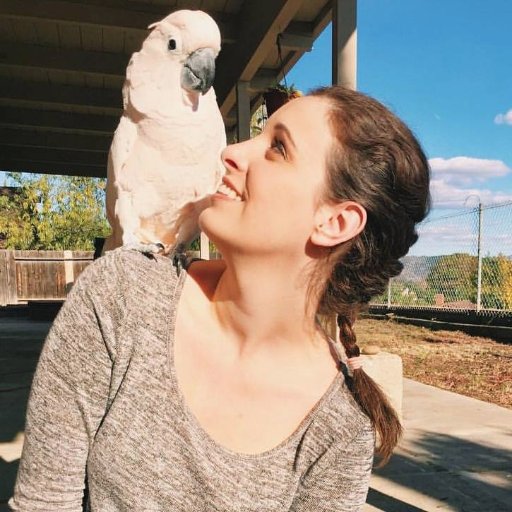 Chelsea has been working in representation for over 6 years and is a voting member of the Television Academy. Chelsea began her representation journey in New York City working at Take 3 Talent Agency. While there, she worked with talented youth in film, TV, and Broadway. In 2015 she moved back to Los Angeles and began working at Innovative Artists Talent and Literary Agency on developing exceptional, young talent. After Innovative, Chelsea knew she wanted to make the move to management as she loved developing and discovering the next emerging stars. In 2017, she transitioned into talent management, booking her clients several series regular roles, including High School Musical: The Musical: The Series (Disney+), OutMatched (FOX), and The Big Show Show (Netflix) to name a few. 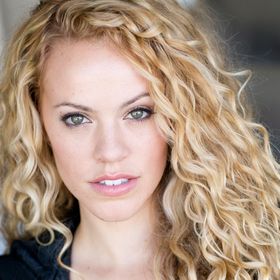 Donna Louden is an actress, vocalist and entertainer. So far Donna has performed internationally for collective audiences of over 300,000 people. She has shared the stage with many Broadway vets and brings a creative, playful and versatile element to all her work. Most recently Donna has originated the role of Elsa in Frozen-Live at the Hyperion. 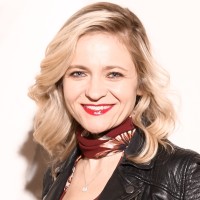 Claire holds a M.F.A. in Stage Management from the University of Illinois at Urbana-Champaign and lectures at various universities including Pepperdine University and Azusa Pacific University.  She is currently the Founder and Executive Producer of Done By Friday, a producing entity and project management advisement company that trains its clients on how to work and collaborate more efficiently; leading to more personal time on the weekends. She is also in the process of writing a blog that goes behind-the-scenes of live entertainment production. 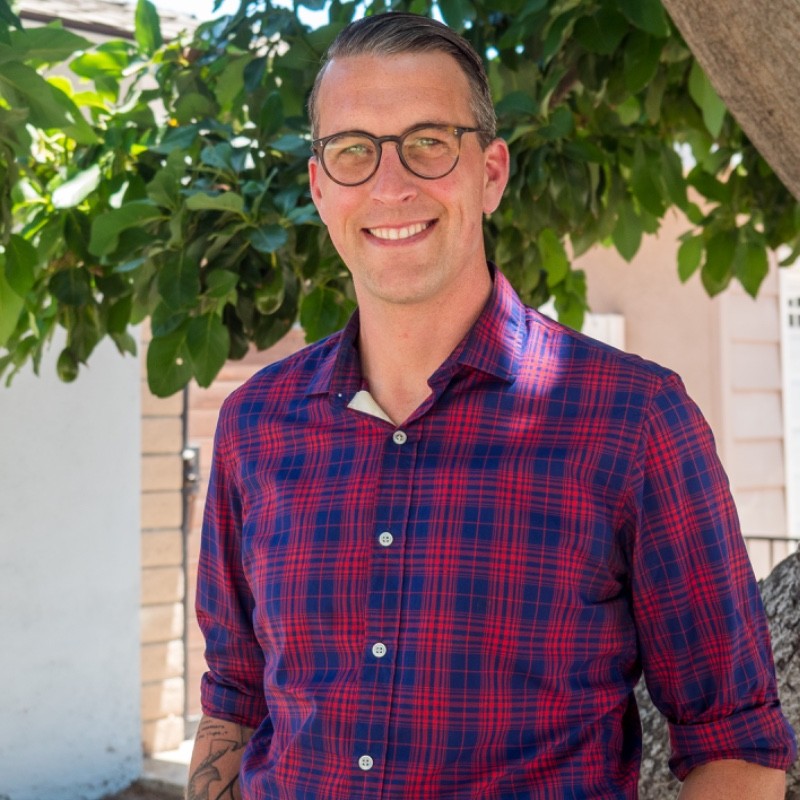 Originally a theatrical stage manager, Will received his M.F.A. in Stage Management from the University of California, Irvine in 2012. At the same time, he started working as a stage manager for Pacific Symphony. In 2015 Will started splitting his time between stage managing and learning live video production. In 2019 Will became Pacific Symphony’s Director of Multimedia Operations and now oversees digital concerts, live orchestra image magnification, and Pacific Symphony’s digital performance archive. 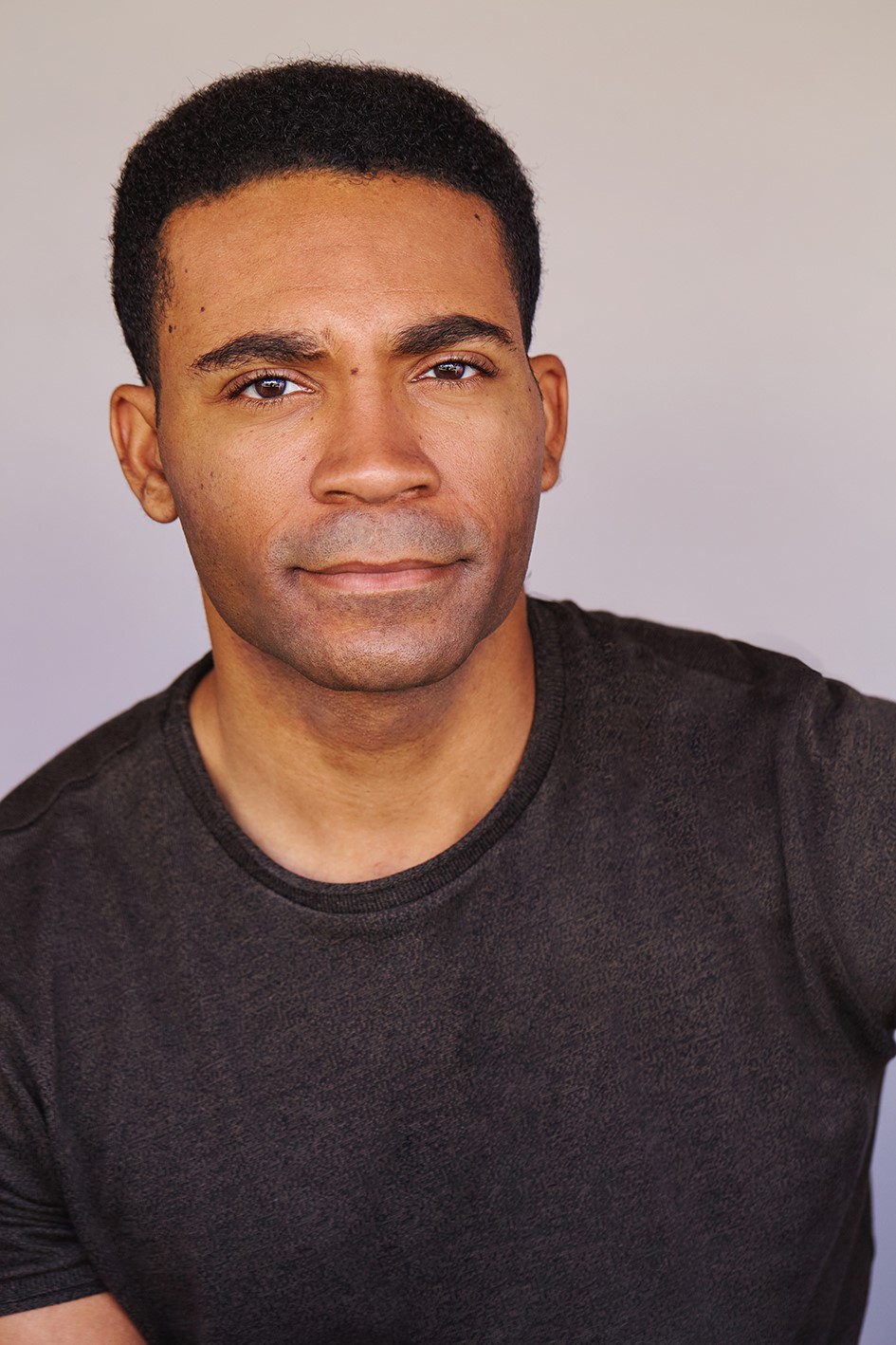 Preston Butler III is an award winning multi-hyphenate artist who engages in acting, directing, music, and writing. After graduating from the California Institute of the Arts (CalArts) in 2017 with an M.F.A. in Acting, Butler has performed across America as well as internationally. He has portrayed boxing champions (Muhammad Ali and Jack Johnson) and starred opposite Tony winners, L. Scott Caldwell (Joe Turner's Come and Gone, How to Get Away with Murder) and Cleavant Derricks (Dream Girls, Sliders). His most recent performance in the West Coast Premiere of Pass Over by Antoinette Nwandu (She's Gotta Have It) earned him the award for Outstanding Performance in a Play at ACT Seattle. 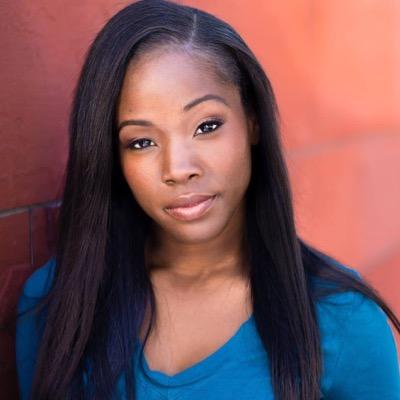 Kimberly is an award-winning playwright and professional stage actress. She is an AEA actress for the Old Globe and a seasoned actress at the Oregon Shakespeare Festival. She received her M.F.A. in Acting from the University of California, San Diego. 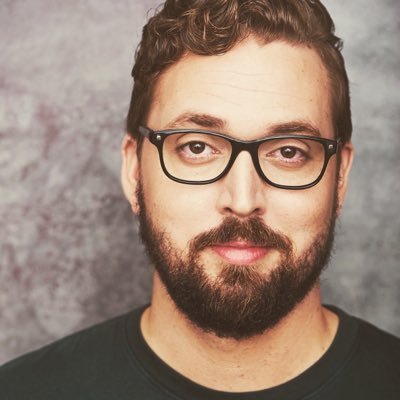 Ryan has worked up and down the west coast as an actor, director and educator. Directing credits include The Learned Ladies, Shaina Taub’s musical adaptation of As You Like It (2018 JRAY Award for Direction), Antigone, Pride & Prejudice, Charlie’s Aunt, and Peter and the Starcatcher. He is the recipient of the Hollywood Foreign Press Association Acting Fellowship and the Steve Lawrence and Eydie Gorme Award for Artistic Merit. Ryan earned his BA in Theatre Arts from Vanguard University and is a graduate of the M.F.A. Acting program at the University of California, Los Angeles. 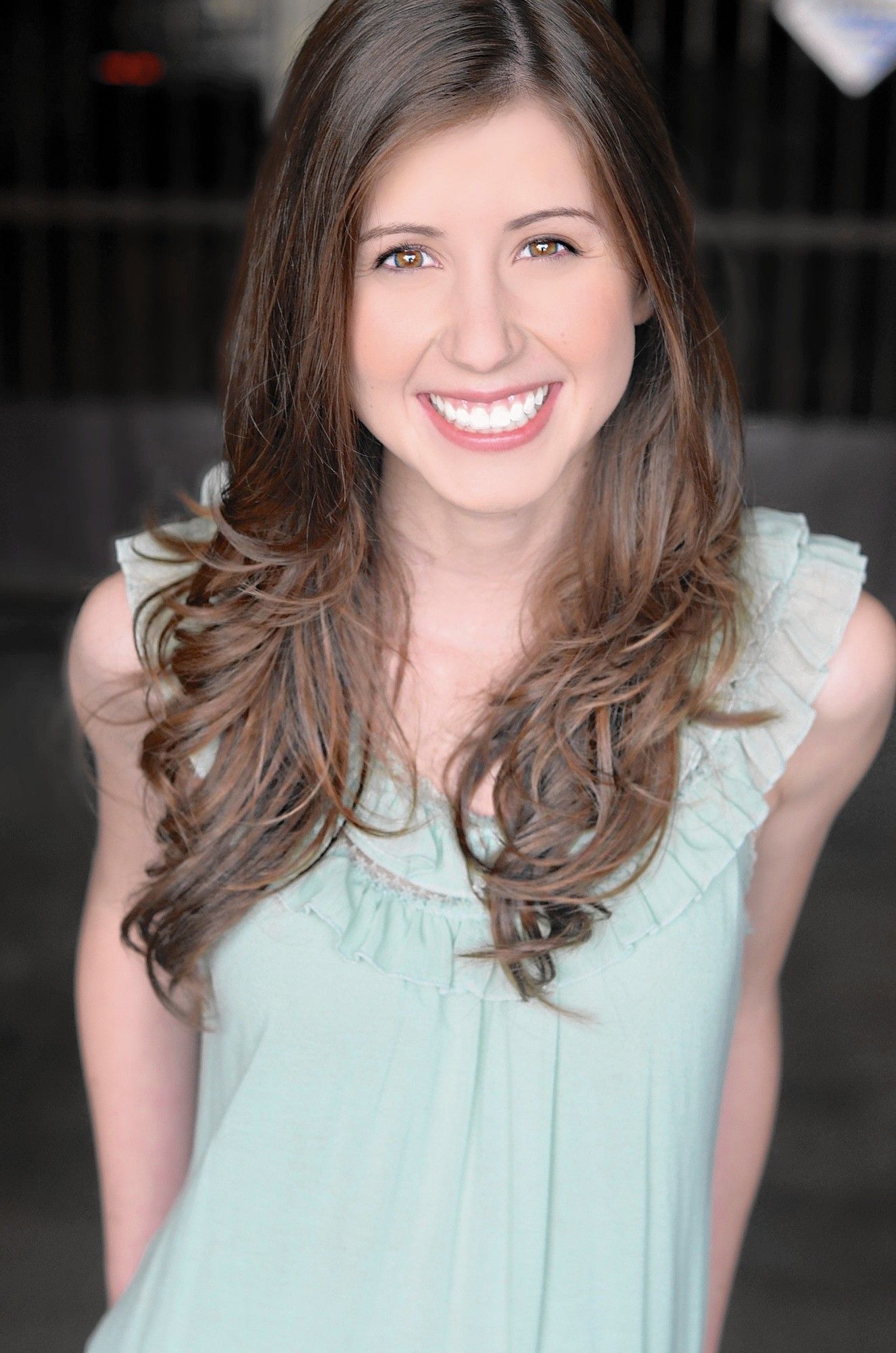 Bretlyn has trained in dance since the age of seven. Studying with Royalty Performing Arts Center, Dancers Turnout Academy, and the Bakersfield Dance Company she competed both within the region and nationally for over eight years, winning numerous awards, including a Hall of Fame National Teen Solo title. Graduating from Vanguard in 2015, Bretlyn continues to work closely with studios and theaters choreographing and performing in the Inland Empire, Orange County, and Los Angeles. She is the resident Musical Theatre Dance Instructor at Vanguard and is on her ninth year choreographing for the University. She’s an alumnus of the Open Jar Institute in New York, and in 2015 was named Woman of the Year by the LA Times’ Daily Pilot. 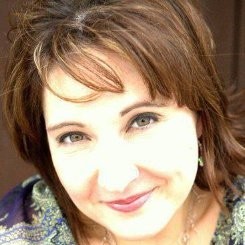 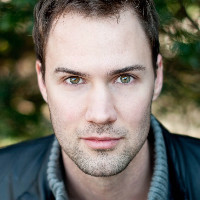 Michael is currently a Spatial Storyteller for Storyland Studios, a professional actor, and a props designer.

Marcieanna is an agent and producer for Broadway and Film/Television and is currently a Partner/Producer for WAMB Productions. She received her M.F.A. in TV and Film Producing from Chapman University in 2007.