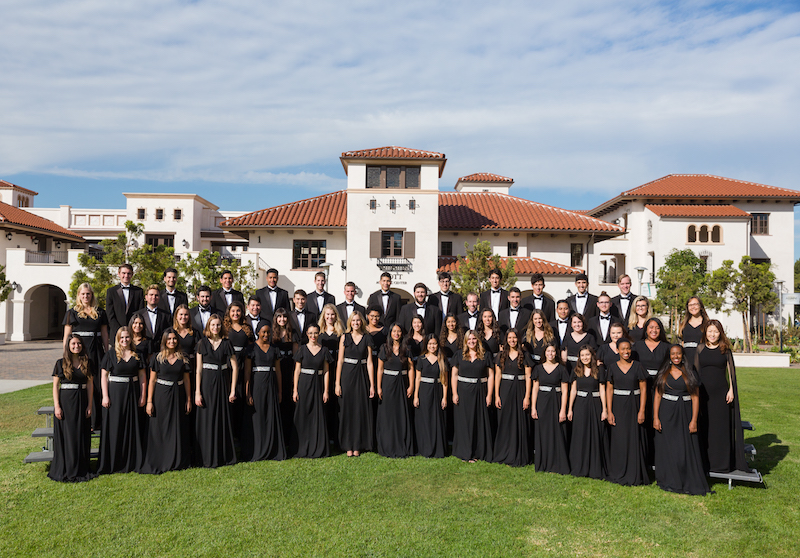 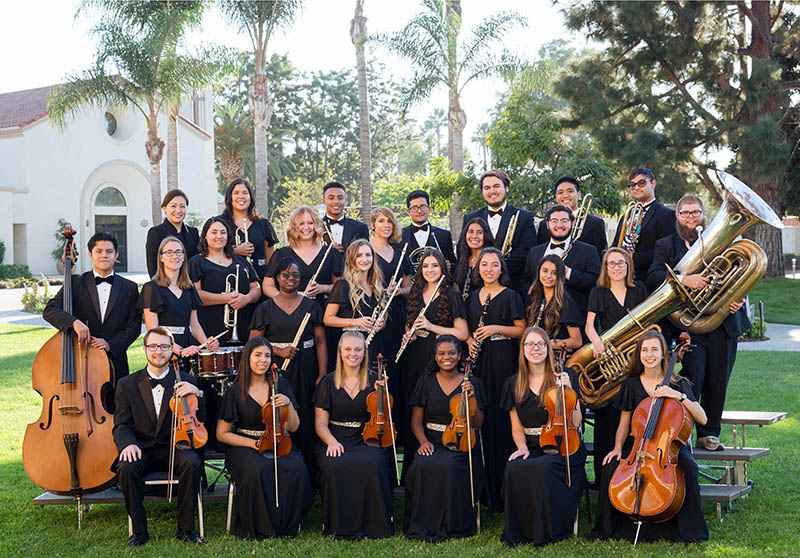 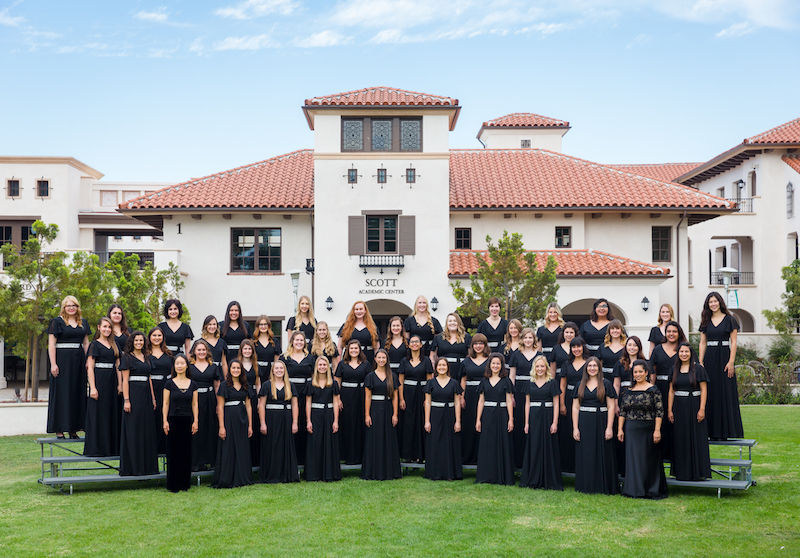 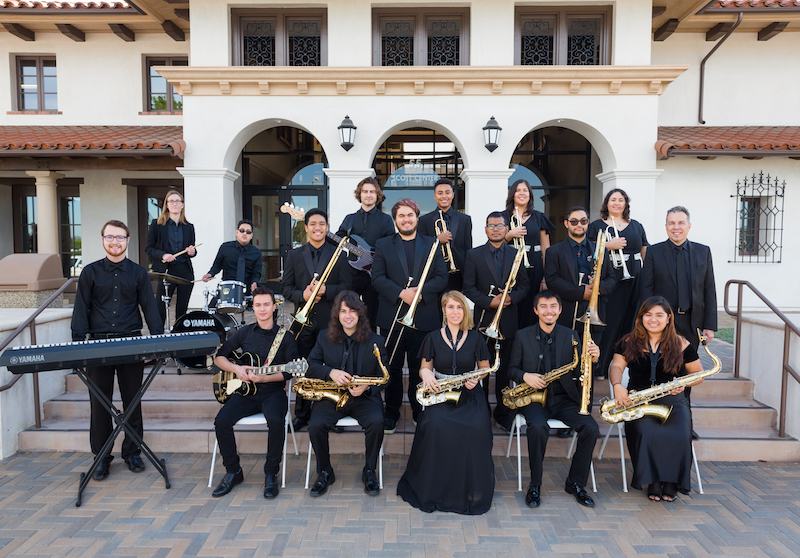 Members of the Vanguard University Concert Choir are selected through an audition and interview process, and represent almost all of the 40 academic majors offered at Vanguard University, with more than half of the members being non-music majors. The Concert Choir performs locally at churches, schools, and conferences, and can be seen annually on the Hour of Power broadcast, recorded at the Crystal Cathedral, and televised both domestically and internationally. The Concert Choir is quickly becoming recognized as one of the premier choral organizations among Christian universities and is well-received by all audiences due to its eclectic and inspiring range of vocal music including traditional, classical, sacred, praise and worship, and contemporary Christian arrangements.

Learn More About our Audition Process

The Vanguard University Concert Choir has recorded five CD projects, the most recent is Magnificent and Holy.

Forty women shining the light of Christ through music and worship – this is the Women’s Chorus at Vanguard University of Southern California. Members are selected from the close to 2,000-member student body and are representative of the many academic majors offered at Vanguard University. Call today to book this dynamic ensemble for a concert at your church, school or special event.

Women’s Chorus performs an annual concert tour, traveling throughout the Western United States region, ministering in churches and schools along the way. Ministering and worshiping together as a unit, these concert tours build camaraderie, character and friendships that last a lifetime. In addition to the annual choir tour, this ensemble has had several opportunities to participate in a combined choral performance with the University Concert Choir at Carnegie Hall and Avery Fisher Hall in New York.

Call today to book Women’s Chorus for a concert!

The Vanguard University Women’s Chorus has recorded three CD projects, the most recent is Kaleidoscope of Praise, released in Spring 2010.

The Vanguard Singers and Band is our longest running and most recognizable music performance group here at Vanguard University. Members of the Vanguard Singers & Band are selected through a rigorous audition and interview process, and each member is additionally a member of another of our major ensembles. These students are leaders of their peers and represent a wonderful cross-section of the academic majors offered at Vanguard University, both music and non-music majors. The Vanguard Singers & Band performs locally at churches, schools, and conferences, and takes an annual extended tour, both domestically and internationally.

The Vanguard Singers & Band tours yearly, outside of local, monthly bookings. Most notable are the group’s international tours. In 2010, they were invited to tour China and in the summer of 2011 they have been invited to a number of venues in Europe. Spring of 2005 found the Vanguard Singers & Band in a month-long tour of South Korea and The People’s Republic of China. While visiting these countries, many doors were opened in which the group members could share the Gospel and the love of Christ with those who might otherwise not have known. These tours are a growing opportunity for the student leaders as they are not only able to represent the University and God’s Kingdom, but they are able to gain perspective of life outside the bounds of the United States.

Contact the Music Events office at 714-619-6412 or concerts@vanguard.edu to request the group for your specific event, church, or school.

The Vanguard University orchestra is the largest instrumental ensemble sponsored by the Department of Music. The orchestra is committed to excellence in music performance and is well received by all audiences due to its wide range of orchestral repertoire including classical, popular, sacred, and traditional as well as contemporary Christian music. The orchestra performs on campus, schools, churches and concert halls throughout the academic year. 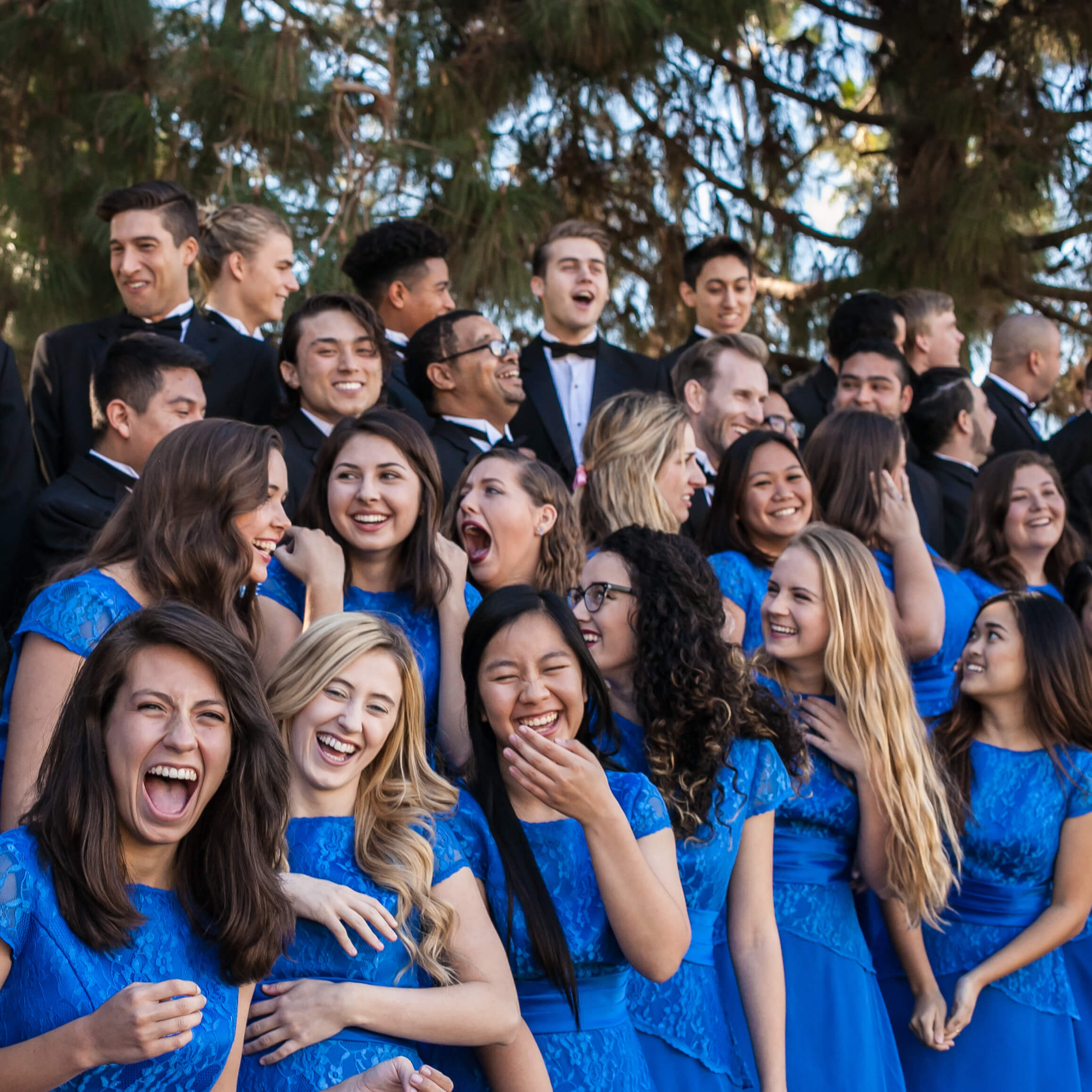 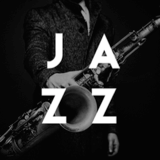 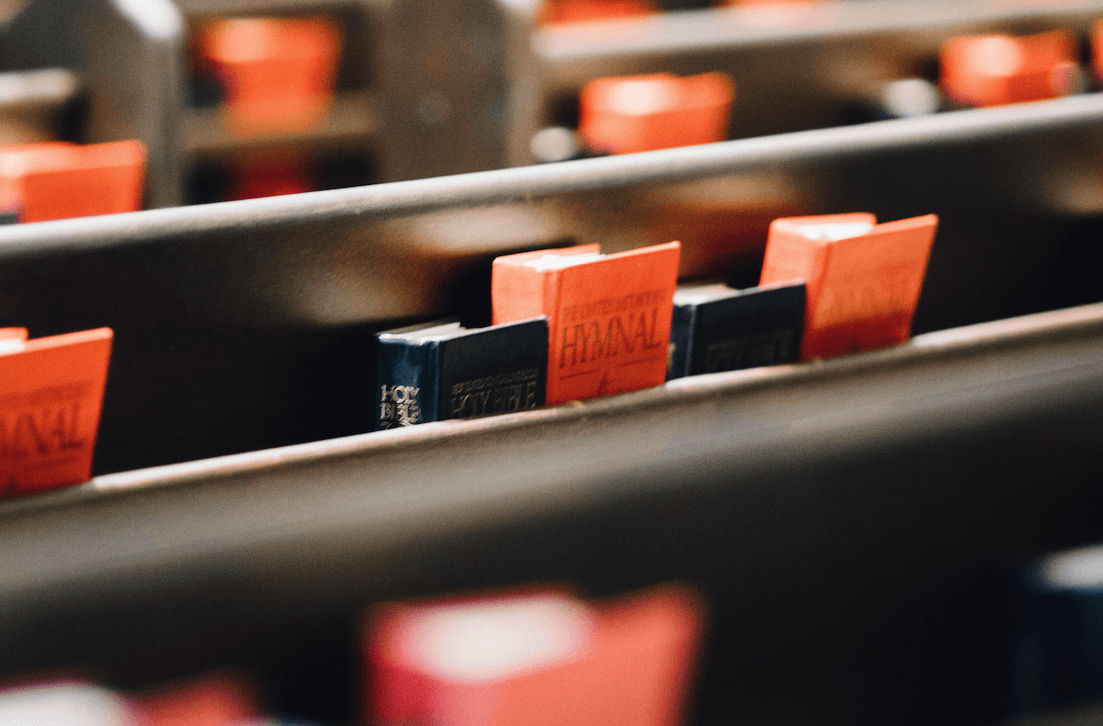