A Santa Barbara-style rooftop patio and pizza oven aren’t exactly what you imagine belonging on a university campus, but Vanguard University officials decided their students shouldn’t go without some extra amenities.

The Costa Mesa-based university celebrated opening the new student center topped with the relaxing patio and serving fresh pizzas in its cafeteria on Feb. 28 during its centennial celebration.

The two-story, $12.9 million student center was chosen as the starting point for a 30-year update to the campus that is expected to involve a dozen large projects.

“The students are really at the heart of what we do,” Vice President of Vanguard University Justin McIntee said. “That’s why we decided to start with the student center.”

Featuring a 3,000-square-foot, state-of-the-art gym, recreational basketball court and coffee bar, students will be able to relax or catch up with friends between classes.

The building also includes the Bruce Lindsay cafe, named after the late Newport resident who frequented the campus’s cafeteria and later donated several million dollars to the university.

As they checked out the center for the first time last week, students jumped on FaceTime and Snapchat to share their experience. As they roamed the cafeteria, several stopped by the pizza oven to check out the toppings they’ll be able to choose from.

“This center is a good opportunity to get more study groups and capture commuters’ attention,” Angel Ulloa, a Vanguard freshman, said.

With Vanguard’s large commuter student population, university officials said they hope the student center will become a new campus living room for students to congregate and spend their downtime on campus. Access to more lounge space and a designated kitchen for commuter students will aid in students feeling more connected to university life, Tommy Hilliker, director of university advancement, said.

The private Christian university has about 2,100 students enrolled, but plans to add several hundred more with a 30-year campus master plan that includes renovation projects and adding new learning, housing and event spaces.

The campus has been located across the street from the county fairgrounds since the 1950s, but was founded in Los Angeles in 1920. It was Orange County’s first four-year college.

“Even though the facilities improved significantly,” McIntee said, “the heartbeat is the same.” 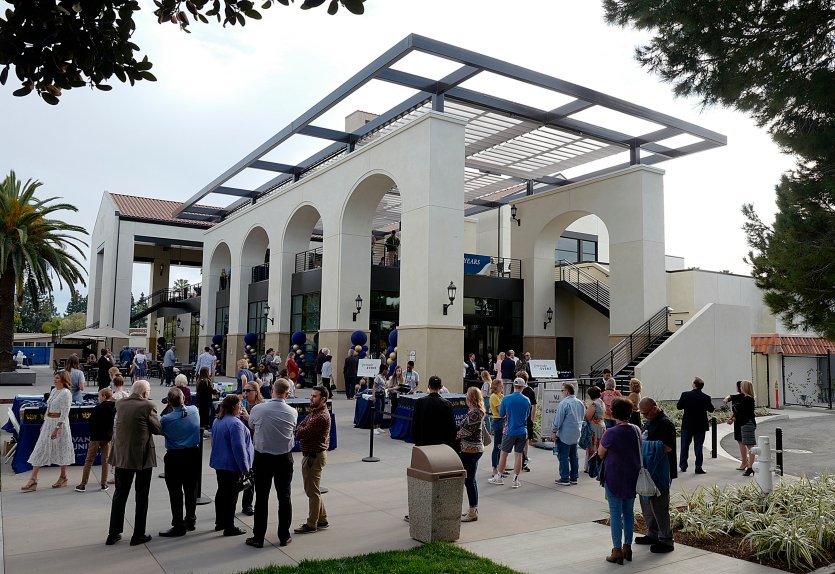