For Vanguard University student Nolan Torres, Children’s Hospital Orange County isn’t exactly uncharted territory — a longtime patient and philanthropic spokesman, he’s been intimately involved with the organization for years — but now he’s getting to know it in a new way.

Torres recently completed an eight-week internship in CHOC’s Medical Intelligence and Innovation Institute program that helped him learn about the professional lives of the medical experts who have helped him since he first arrived there at age 4.

Now, as a college sophomore, he’s taking courses that will help him become a physician assistant and, hopefully, someday return to the facility that’s given him so much, this time on the other side of the curtain.

A new offering at Vanguard helped make it all possible. This summer, the Costa Mesa campus began a STEM stipend program that offers eligible students $2,000 payments that allow them to accept unpaid internships without breaking the bank.

Career development adviser Enrique Rodriguez said the stipends are made possible through a $2.9-million federal grant program Vanguard received as a Hispanic-serving institution to fund programs that support minority and low-income students throughout the next five years.

Of that, $54,000 will go toward stipends that help bridge the gap for students who must keep working to cover the costs of tuition and expenses.

“A lot of times, internships are unpaid, so that discourages students to pursue programs they need for their careers, “Rodriguez said. “This will help them get that hands-on experience for their career and put them in a good position to be competitive candidates if they’re looking to go into the work field or graduate school.”

For Torres, the stipend allowed him to purchase some work clothes and gas for the long commute between his home in Corona and the CHOC Children’s hospital in Orange.

“It’s extremely helpful,” he said. “You don’t think participating in an internship would cost you anything, but you have to eat and drive there and be clothed in the proper attire.”

Torres’ internship exposed him to different roles within a hospital and the career paths that employees took to get there. Although he was pursuing medical school, with an eye toward becoming a doctor, he learned physician assistants can often spend more time with patients.

Returning to CHOC for a two-month internship this summer was also a sort of homecoming Torres, who recalls spending long hours as a child receiving treatments and therapy for primary immunodeficiency (PI) and a complex cystic brain mass.

“I’ve been a patient there for 15 years, and with all the stuff that I have I really shouldn’t be functioning the way that I am [given my condition],” Torres said, citing developmental delays that would have plagued him if not for his treatment.

“I can in no way repay them — it’s a pretty big debt to have someone save your life,” he continued. “Now, my purpose is to help others like me know that they’re not alone, that there are people there who understand them.”

Rodriguez said while Torres’ personal success story may be unique to him, success is there for any student willing to take advantage of the opportunities available to them.

“Get out there and get some experience,” he advised. “You never know where it will lead you.” 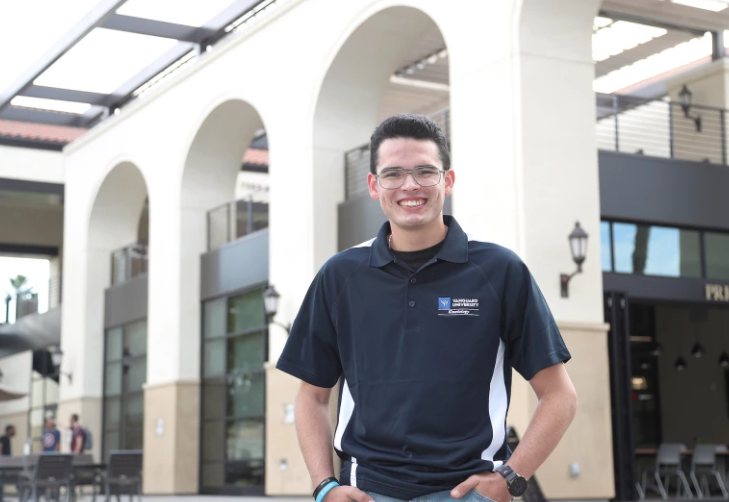 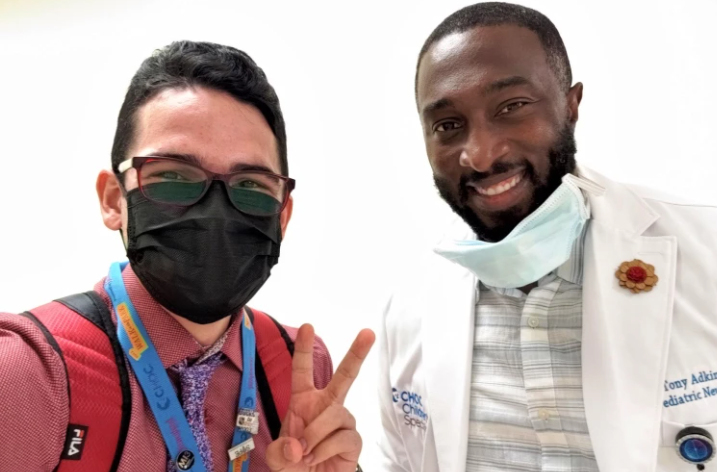